Using a small scale biochar project as a case study

Stabilizing the climate requires less CO2 emissions and ways to extract carbon from the atmosphere. Carbon sequestration describes long-term storage of carbon dioxide or other forms of carbon. Carbon is naturally captured by the biosphere and stored in biomass. This is part of the Earth’s ecosystem services. Most biomass degrades and releases the carbon back into the atmosphere. Producing biochar from agricultural biomass waste, using a process called pyrolysis, is a way to fix the carbon stored in the biomass into a more stable form. How can the concepts of ecosystem services be integrated with processes of sequestering carbon from the atmosphere and integrating it into the soil? How can we reliably measure the elemental carbon sequestered from the weighted biochar? Biochar's role in the continued health, fertility and productivity of the soil likely represents a kind of ecosystem service - especially where it involves the remediation of formerly degraded soils and lands. Furthermore how are the follow-on social and economic benefits of such remediation to be accounted for?

This prompt looks at carbon sequestration, its frameworks and certifications, using a case study of carbon sequestration. The context of our work will be a small project of biochar production and its use in agriculture, initiated by Plenty4All.net (Toledo, Ohio, USA) and Ndhiwa, a community in Kenya. We are going to consider the hardware and the IT infrastructure required for carbon sequestration accounting, solutions that can be deployed worldwide, while reaching deep into local and low-tech areas, from the small stakeholders Ndhiwa, Kenya to large industrial stakeholders.

Considerations & provocations to imagination and learning

MRV (measurement, reporting and verification): Metrics can be established for sequestered carbon through the use of biochar, for example by weighing the produced biochar. These metrics can support carbon offset and ecosystem service credits that should be attributed to the end users of biochar. Perhaps new instruments need to be designed for measurement, with built-in validation and auditing processes that can be applied to small stakeholders scattered across the planet, potentially located in areas with low tech infrastructure. Measurements and validation could also be integrated into the pyrolysis kilns used to produce biochar, which can be designed for small scale or industrial scale operations.

In the context of the Plenty4All.net project with the Ndhiwa community, we are going to look at the whole-systems economy, where the utility of biochar and other pyrolysis derivative products can be amalgamated with the environmental benefits of carbon sequestration to create a model that can sustain biochar production, blending incentives through market exchanges and carbon credits.

Carbon accounting and carbon sequestration, based on a real use case.

Jack SoRelle, retired educator living in Toledo, Ohio, USA, has created www.Plenty4All.net. Through a local charity, Plenty4All provides three communities in Kenya with energy, food and water. Jack builds and tests prototypes in Toledo, Ohio, and uses the Internet to transfer his newly acquired knowledge and knowhow to a local communities in Kenya. Through Plenty4All associated with a local charity, Jack funds the replication of the prototype. This is a good example of how quickly low-tech applications can be developed and disseminated throughout the world.

Recently, Jack has designed and built a low cost, DIY biochar kiln (see video). He has sent the funds to Polycap Ogalo, a member of the Ndhiwa community in Kenya, to replicate it. Polycap should begin construction of the biochar kiln by mid-Nov, 2019. He will use it for pyrolysis of agricultural wastes such as grasses, stalks, canes and corn cobs. The biochar produced will be used to improve soils, increase crop yields, reduce runoffs and can be used to filter water.

Jack has plans to use the biochar created in Toledo in a variety of applications, focused on improving soils in raised beds, community gardens and small organic urban farms.

Another important application that will be tested is using biochar to remove agricultural runoffs that go into the Maumee River and flow into Lake Erie that feed the growth of toxic algae. This could help industrial agriculture with future compliance with respect to LEBOR (Lake Erie Bill of Rights) if it is not ultimately struck down. 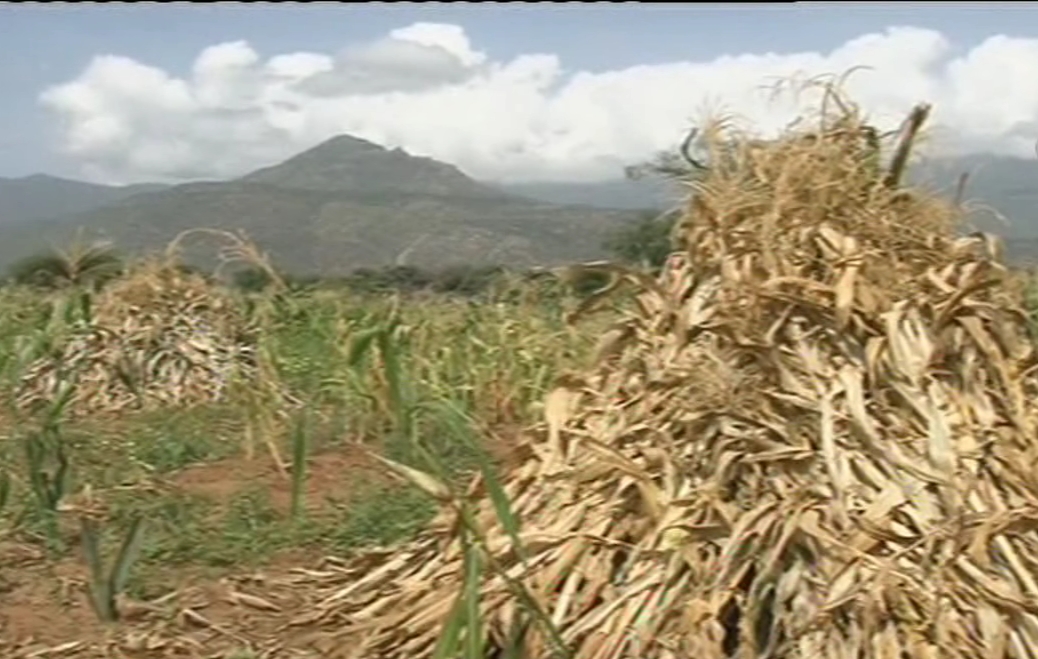 Carbon sequestration with biochar is affordable and accessible even to small farmers and communities, which is a requirement for large impact. New incentives in the form of carbon credits can help this practice to spread even faster, we are testing the model in Sub Saharan Africa.