Sometimes emissions data can be misreported. This script does some simple checks to ensure that the numbers reported are not too ridiculous.

0. Ensure that your file headers are of a similar format

We analyse different aspects of the texts submitted by actors using NLP tools which could be used in the efforts to automate the action tracking given large and inconsistent datasets.

For demonstrative purpose we look at semantic similarity between several commitments put forward in the action plans of the Covenant of Mayors (CoM) members, and some of the actions identified as most urgent and effective in the World Scientists’ Warning of a Climate Emergency (Ripple et al., 2019). To achieve this we make use of Google’s pre-trained Universal Sentence Encoder model (Cer et al., 2018), which encodes text in high dimensional vectors. A possible set of sentences made up of calls for urgent actions (1-10 below), extracts from a CoM commitment (11) and a control sentence (12) could look like:

Comparing the embeddings generated with the Universal Sentence Encoder yields the results below for semantic similarity:

Using the model on our example sentences, we see that it correctly groups the energy-related statements and diet-related statements. We also notice that there is no clear separation into different groups, which makes sense given that these issues are interrelated and likely show up in similar contexts in the datasets that the model has been trained on. The example extracted from the CoM dataset "fossil free energy production" is found to be similar to the energy-related statements, the highest overlap being with "Replace fossil fuels with low-carbon renewables". Finally, the control sentence is correctly found to be unrelated to the rest.

Since USE generated embeddings for sentences rather than words, it is more successful at recognising the similarity between statements that show up in similar contexts even if they do not shae the same vocabulary.

Already the simple semantic similarity comparison with USE can give us some measure of how well the actors are aligned with the actions we are interested in, but it is also possible to tweak the pre-trained model further to increase precision for a specific task.

To assess the urgency with which the actors report their commitents and progress we started building a classifier that can be used to detect urgency in any climate-change related texts. We define a text as urgent if the language used:

Our goal is to make use of pre-trained deep learning models and weak supervision to overcome the issue of a lack of large labeled datasets relevant for climate action tracking. We draw on the approach presented [here](https://medium.com/sculpt/a-technique-for-building-nlp-classifiers-efficiently-with-transfer-learning-and-weak-supervision-a8e2f21ca9c8 to build a powerful classifier for the task. Specifically, we intend to make use of Google's Snorkel to generate a large training dataset for the classifier by relying on labeling functions to probabilistically label large unlabeled datasets.

Part completed for the hackathon:

We perform a sentiment analysis of the text submitted by actors in climate action dataset.

For our demo, we perform this analysis on a dataset of 1162 cities in the EU Covenant of Mayors (CoM) members. The sentiment analysis is performed using the Allennlp package.

The subject of sentiment analysis is to classify the "sentiment" or polarity of a given text at the document, sentence, or feature/aspect level - whether the expressed opinion in a document, a sentence or an entity feature/aspect is positive, negative, or neutral.

Using Allennlp, we first train the model on the Stanford Sentiment treebank, and use the model to predict the sentiment of climate action plan texts. The goal is to explore whether performing the sentiment analysis can be an important "marker" to reveal some information about the nature of actors.

From the EU CoM dataset, we extract, what we call the "consistency score" to determine if actors are consistent with their proposed action plans to reduce/offset emissions.

If the current rate is greater or equal to the promised rate, then the actors are awarded a consistency score of 1, otherwise they are inconsistent and given a score of 0.

We find that the average current rate / promised rate is around 1.07 for our dataset. The overall framework of our analysis model is to use different markers: semantic similarity, sentiment and urgency to see if our model can learn to predict whether the actors will be "good" (consistent) or "bad" (failing to meet their promise).

Most of the documents and proposals pertaining to climate change and climate action are in the PDF file format . With growing number of actors and agencies working on climate action, it is not possible to read through each and every proposal manually and extract relevant data. There is a need to analyze these proposals and quantify the data present in them using programs which can read and understand the PDF files for extraction of relevant data. PDF parsers combined with NLP can be implemented to achieve this.

To demonstrate this, we have used the PyPDF2 to parse the PDFs and the Spacy Library to use NLP for information extraction. We use the default NER (Named Entity Recognition) models available with Spacy to identify various actors . Finally the data is extracted using some simple rule based matching combined with Part Of Speech tagging into a Pandas Dataframe. For demonstration purposes, this extraction was carried out on some manufactured sentences.

The PDF parser is still a work in progress with need for much robust and context specific NER models. There also is a need for developing methodologies to deal with non-textual content such as images and graphs which can contain a lot of relevant information.

For the purposes of this hackathon, we have implemented a simple proof of concept. We use as an example a solar energy farm which is required to report its daily power production. We also assume that this farm is a corporation with 5 executives.

Each executive registers their cryptographic identity into an Ethereum smart contract (based on Semaphore (https://weijiekoh.github.io/semaphore-ui/, https://github.com/kobigurk/semaphore/), a zero-knowledge signalling gadget), so that anyone can anonymously prove their membership in the set and broadcast a whistleblowing signal. 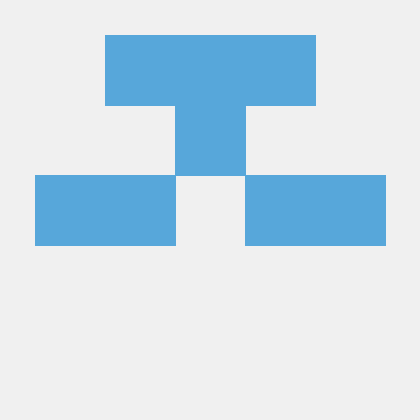 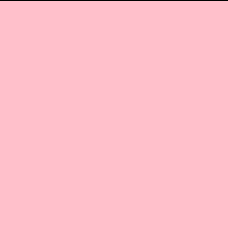